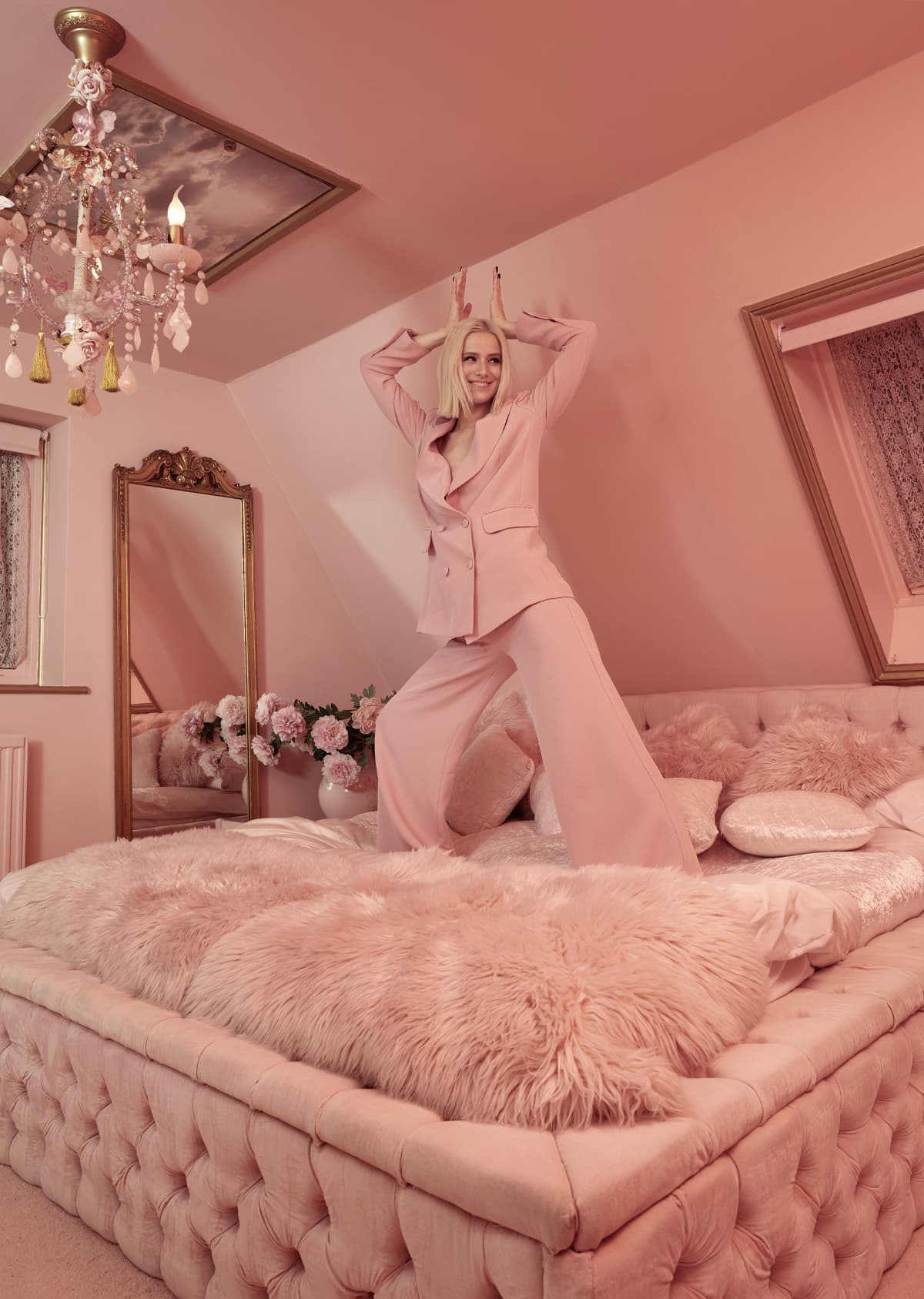 Since Dagny showed up on European music scene 4 years ago, it seems like she is constantly working, producing extraordinary pop hits. After she released her 2016 EP, her career has had a steady pace, slowly but with quality: in Norway, where she is from, she is considered pop princess with her catchy notes and music which captured whole Europe.

But she is not just another pop star: she has the ability to connect with listeners via emotions who are deeply implemented in all of the songs she has written so far. Although many struggle with writing a good songs, it seems like she has found a perfect recipe. Her new album „Strangers/Lovers“ is full of symbolism and you can hear it almost immediately as you hit play. She decided to released first part of album, called Side A, during quarantine so we asked her how different it was to release music during global pandemic, compared to „normal“ state.

The first half of your debut album arrived during pandemic. How different was releasing music during such a thing than the regular way?

My first thought was that in some ways it’s a better time to release music during this time. The reason being that people need something to make them feel better, something uplifting. I have this image in my head of people dancing around their living rooms during the look down – singing my songs. The biggest downfall however is the fact that we can’t take this album out on the road – to festivals and clubs around Europe – which was something I was really looking forward to.

Beside preparing an album, how did you spend quarantine days? How was life in Norway?

Norway went on lock-down really early. I was in Spain as the pandemic hit Norway and we had to rush back home. I spent the next month sewing, making a little vegetable garden at home, baking cakes and going on hikes in the woods. It was actually quite meditative in an otherwise scary time. Hopefully we learn something during times like these: such as being good at supporting each other and encourage each other to make the best out of any situation however difficult it might seem.

The album is called “Strangers / Lovers” and the first part of it is called “Side A”, which is obviously about two people getting to know each other in a relationship.

That’s right. Side A is about the time before and during a seemingly good relationship. Side B, however, is about when the relationship ain’t so good and the time after it’s ended. I called the album «Strangers / Lovers» cause I’m fascinated with the idea of meeting a stranger and if you fast forward that person is suddenly the closest person you have and you know everything about each other. You went from strangers to lovers. Once it’s ended, you almost immediately go back to being strangers again. Suddenly the one person that was the most natural person to call, is the one person you can’t call. You see them moving on, making new friends and traveling to new places – but now you’re not part of their journey anymore. It’s a weird thing that.

You said that “Somebody” is about meeting new person and that euphoric feeling you get when the relationship is still fresh. Where do you go from that, in terms of other songs?

That’s a great question. Luckily for me, as a songwriter; a relationship can be a pretty complex thing. There are so many phases you need to go through. There’s so much you need to learn about the other person, and also about yourself. You got through good times and bad times together. You fight and make up. It’s an emotional roller- coaster, and I find a lot of inspiration in that.

Should we shuffle “Side A” or is it better to listen from first to the last song? Is seems like there is a progress to it – just like a progress in a relationship of two people.

I’m so happy you picked up on that. There is a very specific reason to the order of the songs on Side A. I wanted the order to be a story in itself. You can follow the relationship from the very beginning; when you’re still wearing your rose-tinted glasses and everything is very lovey dovey to the point where things get a bit more complicated. You start seeing – and showing – the «less good» sides of each other. So I would definitely recommend having one full listen through, before you start shuffling.

Album ends with “Tensions” which is different, musically and lyrically from “Come Over”. Is it on purpose?

Absolutely. I always try not to make the same songs twice. The songs can have similarities, but they need to sound unique in their own way. This makes it more interesting and creatively fun to work with. Also, because there are different emotions in the lyrics, I wanted this to be reflected in the sounds and the melodies. Tension was actually a very upbeat song when it was written. But I decided to dissect it and start over, to create the right feel of the song. I’m very happy a lot of people have connected with it. 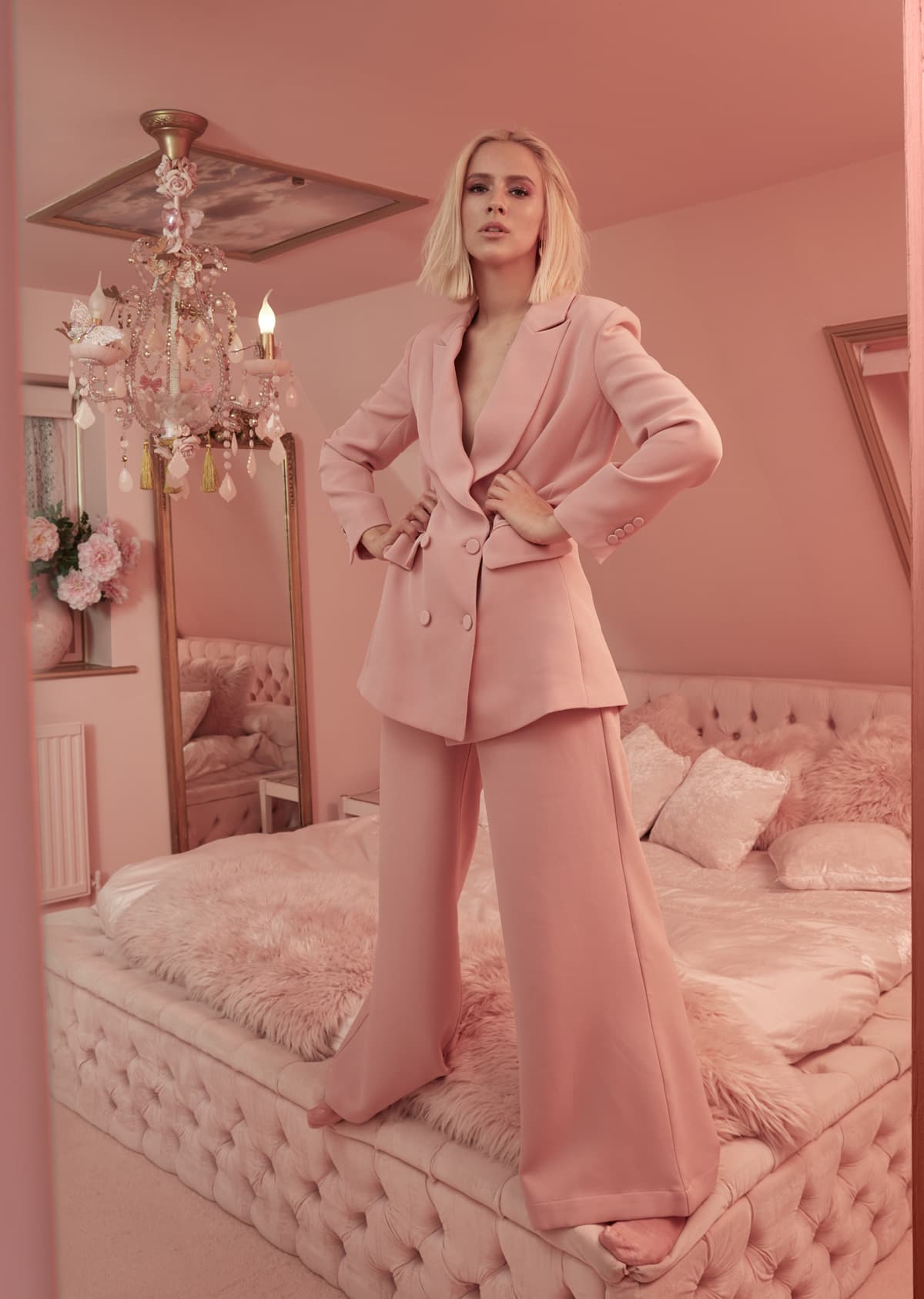 “Falling for a stranger, strangers into lovers”, you sing in “Tension” but also “I don’t wanna know the end, but I feel like diving in.” Can we know the end? Will next part of the album be about happy relationship?

I feel like Side A is the story of going from «Strangers into Lovers», and then Side B is going from «Lovers back to Strangers» again. I guess there won’t be the happy ending you’re hoping for unfortunately, but at the same time: it’s heartbreaking when a relationship ends, but sometimes it can lead to good things. It can be useful to spend some time on your own sometimes and figure out what you actually want. What do you cook for yourself if you’re alone? How do you spend your time? Who do you choose to hang out with? These are questions that I’ve asked myself. Maybe my 2nd album will be full of anthemic songs about managing on my own? Ha ha.

When can we expect next part of the album?

Side B of «Strangers / Lovers» will be out this autumn in September / October. I wanted to hold off on the release of the second half until the autumn, as the autumn somehow gives a good reflection of what was going on in my mind as these songs were written. I connect music and seasons a lot; Side A felt more like summer and going into a lighter season. Whilst Side B felt darker and more thoughtful like the autumn.

Do you have artists who inspire you, maybe someone you are open to work with in the future?

I love female pop singers – which probably doesn’t come as a surprise. I actually think Scandinavia has a lot of cool things happening musically. Some of my inspirations are artists such as Robyn, Veronica Maggio and also First Aid Kit. Despite making pop mu- sic myself, I’m actually very inspired by more left field music: I listen to a lot of indie bands and artists like Phoebe Bridgers, Phoenix, Vampire Weekend and The War On Drugs.

We already know other artists are inspired by your work – Katy Perry in particular. Did you have any contact with her personally or it was just an exchange of compliments, since her song Never Really Over was inspired by yours Love You Like That?

I considered it a massive compliment when Katy Perry was inspired by Love You Like That. As a musician, I want my music to be inspiring to others. Wish I could say that Katy and I are super close, ha ha, but I’ve never actually met her. Then Never Really Over was released, I literally put it on max volume and jumped around my bedroom. It was huge.

Touring is really not an option now, but are you thinking about it? Do you miss performing and is there a chance to see you in Eastern Europe, maybe?

I would absolutely LOVE to come to Eastern Europe. Unfortunately, I haven’t been touring there a lot up until now. But I will! Performing – and touring – is one of my absolute favorite things to do and I love being able to talk to my fans face to face. Hopefully this pandemic will be over VERY soon – I miss touring like crazy!

Back to Top
Close

To use social login you have to agree with the storage and handling of your data by this website.